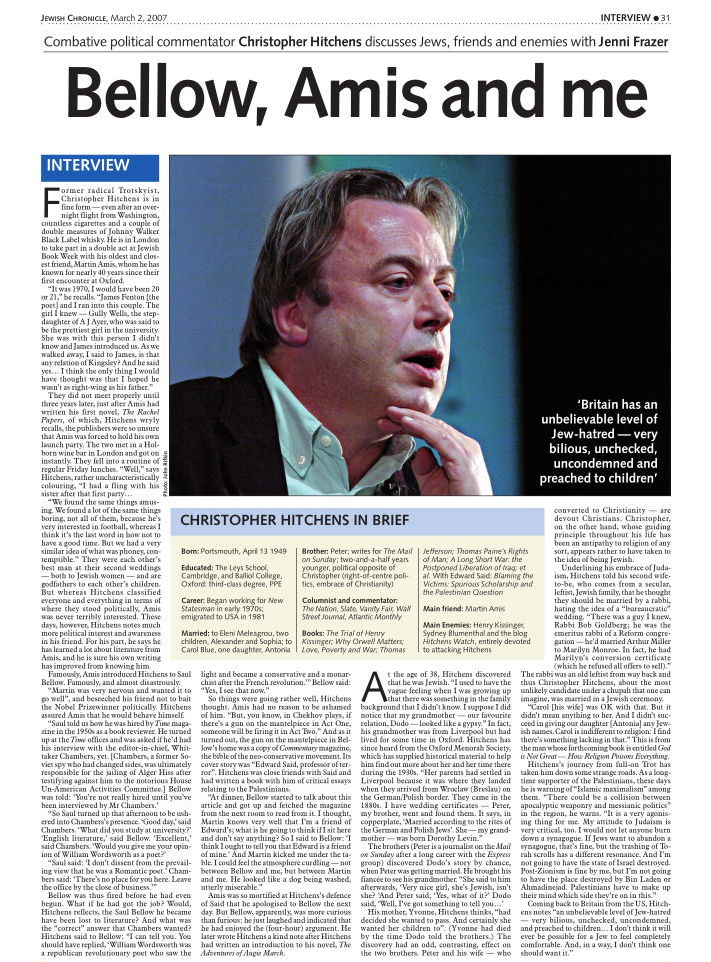 Combative political commentator Christopher Hitchens discusses Jews, friends and enemies with Jenni Frazer. Former radical Trotskyist, Christopher Hitchens is in fine form — even after an overnight flight from Washington, countless cigarettes and a couple of double measures of Johnny Walker Black Label whisky. He is in London to take part in a double act […]

With a TV show and a burgeoning film career, Vanessa Feltz is putting the bad times behind her. She talks to Jenni Frazer. Vanessa Feltz is in love… with Russell Brand. “I absolutely adore him,” she declares. The affection is mutual — the comedian, who is the hottest property on TV at the moment, was […] 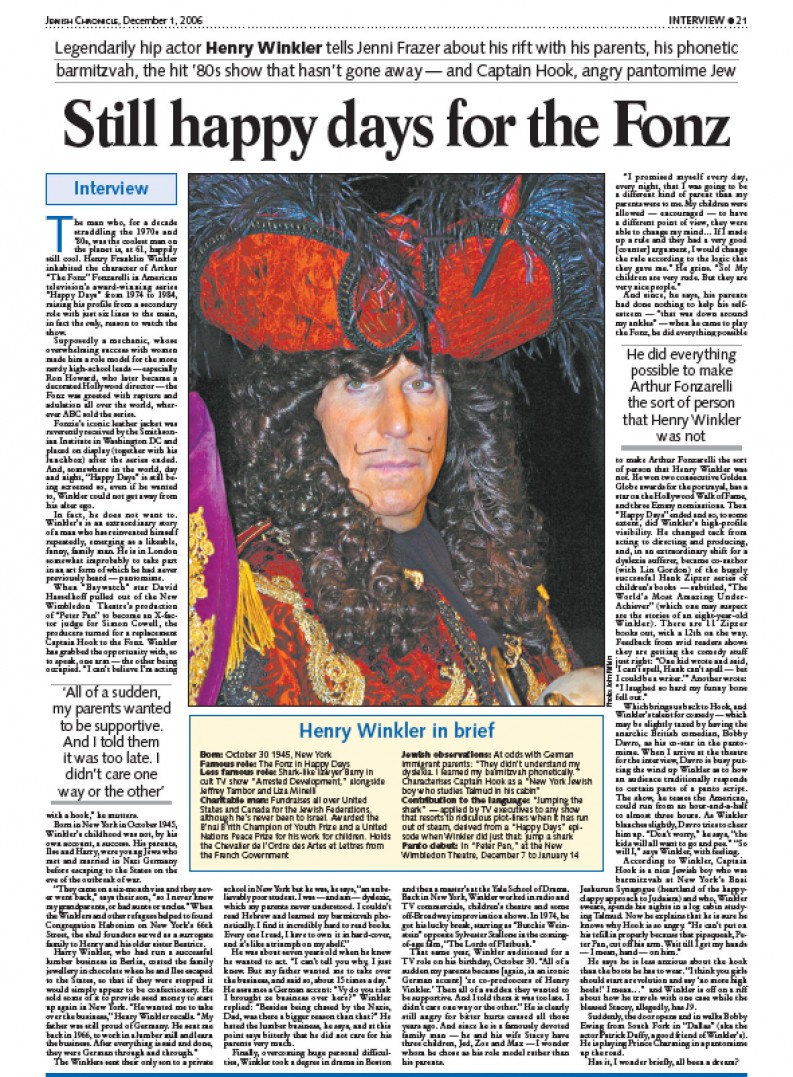 Legendarily hip actor Henry Winkler tells Jenni Frazer about his rift with his parents, his phonetic barmitzvah, the hit ’80s show that hasn’t gone away — and Captain Hook, angry pantomime Jew. The man who, for a decade straddling the 1970s and ’80s, was the coolest man on the planet is, at 61, happily still cool. […]

Martin Amis talks about his new ‘Jewish’ novel, his Jewish daughters, his ‘mentor’ Saul Bellow, ‘vile, poisonous’ Islamist violence and the complacent critics of Israel. By Jenni Frazer. No one can curl a lip quite like Martin Amis. The writer and essayist, a winningly crumpled 57, has reservoirs of contempt for any number of things […] 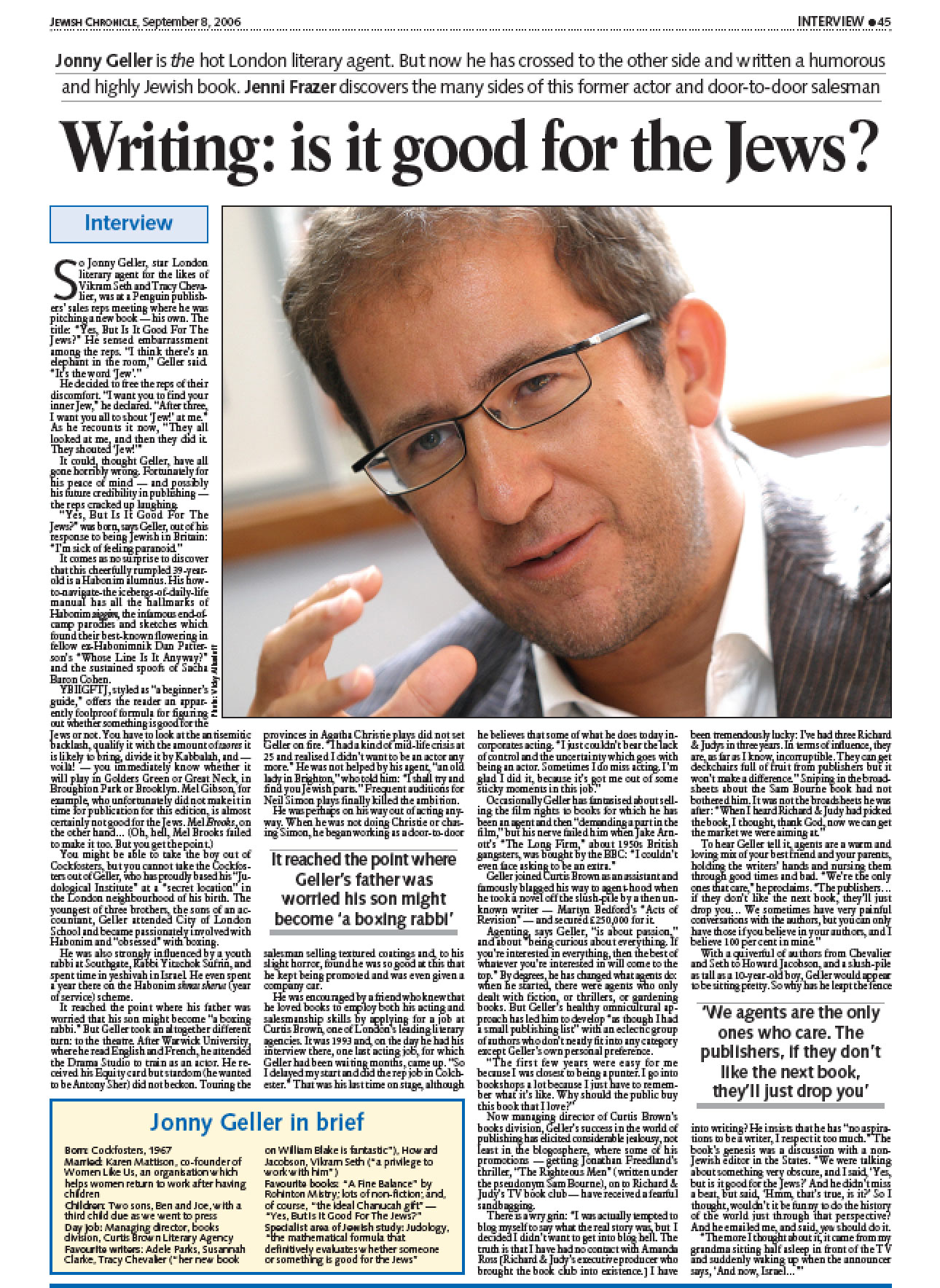 Jonny Geller is the hot London literary agent. But now he has crossed to the other side and written a humorous and highly Jewish book. Jenni Frazer discovers the many sides of this former actor and door-to-door salesman So Jonny Geller, star London literary agent for the likes of Vikram Seth and Tracy Chevalier, was at a Penguin publishers’ sales […] 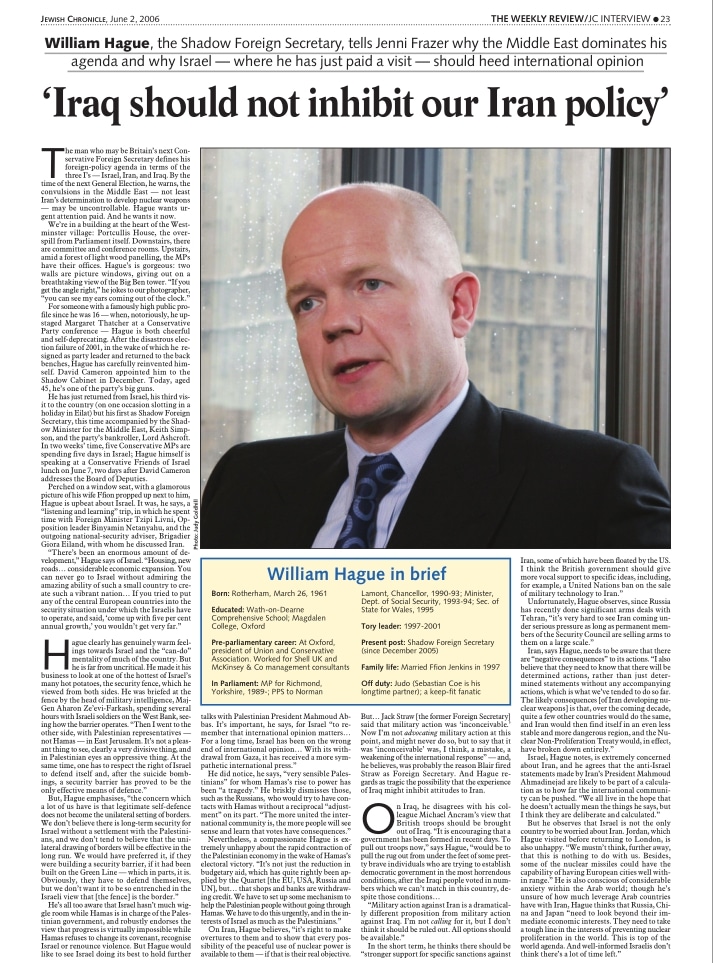 The man who may be Britain’s next Conservative Foreign Secretary defines his foreign-policy agenda in terms of the three I’s — Israel, Iran, and Iraq. By the time of the next General Election, he warns, the convulsions in the Middle East — not least Iran’s determination to develop nuclear weapons — may be uncontrollable. Hague […] 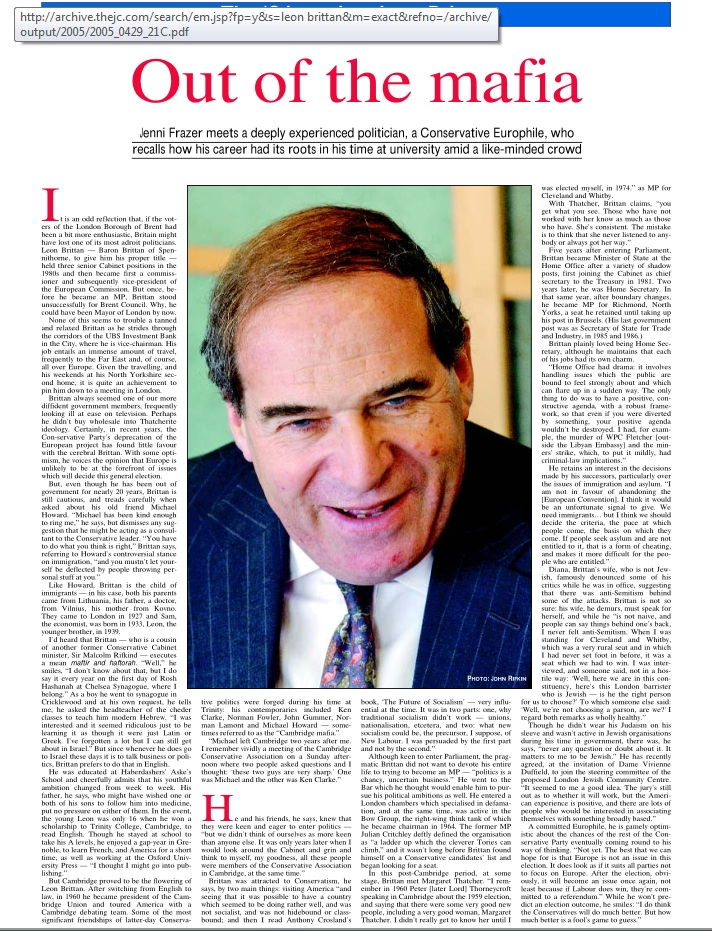 Leon Brittan – Out of the mafia

Jenni Frazer meets a deeply experienced politician, a Conservative Europhile, who recalls how his career had its roots in his time at university amid a like-minded crowd. It is an odd reflection that, if the voters of the London Borough of Brent had been a bit more enthusiastic, Britain might have lost one of its […]

Jenni Frazer meets one of the enduring personalities of the Swinging Sixties, who is still so much more than a tonsorial Titan I am sitting taking tea in the Savoy Hotel with Vidal Sassoon, wondering whether I can restrain myself from asking him what he thinks of my haircut. It’s not often, after all, that […]